Check out the list below of the books we’re reading here at the library.  Click the highlighted titles for a link to our catalog listing to reserve your copy.

Fans of audiobooks know that the reader matters. For J. Ryan Stradal’s novel Kitchens of the great Midwest, readers Amy Ryan and Michael Stuhlbarg raise the book from good to great! Stradal introduces Eva Thorvald, and her culinary journey from adolescent foodie to star chef behind a legendary and secretive pop-up supper club. Eva’s story is told through the family, friends, and the wide variety of ingredients that have been a part of her life–from Scandinavian lutefisk to hydroponic chocolate habaneros. Pax by Sara  Pennypacker is a great childrens chapter book. Peter rescued a defenseless fox kit whom he named Pax.  The boy and Pax bonded and became inseparable. Then Peter’s father enlisted in the Military and Peter was forced to release Pax out into the woods far from home. Peter ‘s father dropped Peter off at his grandfather’s house to reside.

Peter sneaks off to find his beloved pet, Pax.  Meanwhile, Pax is learning how to survive in wild. —  Lisa

Me Before You by Jojo Moyes

Check out this modern classic in preparation for the upcoming movie. The story follows the unconventional love story of Will Traynor, former business whiz kid and London socialite, and his caregiver, Louisa. After suffering an accident that left him paralyzed from the waist down, Will begins contemplating suicide. Is Louisa’s love and determination to see him live enough to change Will’s mind?

by Jojo Moyes —  The sequel to Me Before You picks up approximately 18 months after the end of the last book. This book follows Louisa as she tries to live the life Will challenged her to live, plan her future, and find peace with after the heartbreaking conclusion of Me Before You.  –Jennifer

Take advantage of these handy lists of ebook and audiobook romances from the Northwest Anytime Library (Overdrive).

If you need help with downloads, come in or call the Burlington Public Library.

YA Lit for your Earbuds

Do you love young adult literature and audiobooks? What about FREE BOOKS?

Each week until August 14, the SYNC program is offering two YA books that you can download to your computer or mobile device. This usually includes one modern title and one classic title.

To get started, you’ll need to download the free OverDrive app to your device. Next, sign-up to get notifications of when the FREE audiobook downloads are available. You can receive alerts by text message, email newsletter, or by visiting www.audiobooksync.com. You can check their website for help downloading the books, or you can give us a call at the library.

This week’s books are Dodger by Terry Pratchett and Great Expectations by Charles Dickens. Be sure to check back on the Thursday of each week to see the next pair of books.

On Our Reader’s Shelves – Volume 2

Skagit readers are continuing to submit book reviews for the WARM reading challenge! All are welcome to participate by submitting a review at the library or via our website. All reviewers are entered into the WARM raffle and will have the chance to win a Kindle Fire table, gift certificates to Easton’s Books and Chuckanut Manor, book gift baskets, and MORE!

Here are some of the latest reviews submitted by WARM participants. My to-read list is certainly growing!

My Sunshine Away by M.O. Walsh

This novel begins with this line: “There were four suspects in the rape of Lindy Simpson…” But the central character of M.O. Walsh’s debut novel is not Lindy Simpson, but rather the unnamed narrator of the story–the teenage boy across the street–who is obsessed with Lindy Simpson in a typical teen male sort of way. He sees himself at the center of life’s happenings–how does this impact my life he seems to ask. And he tells the story of the years just before and after this incident as he looks back on it years later as an adult. As a teenager he’s often self-centered and insensitive to the feelings of those around him, while as an adult he apologizes for his lack of compassion and understanding. If you like coming-of-age stories, and tales of suspense where information is slowly revealed you’ll enjoy My Sunshine Away.

Stephen E. Ambrose brings history to life, and this book about 101st Airborne’s heroic efforts in WWII is no exception. Being at the tail end of the baby boomers, I grew up with movies like the Battle of the Bulge and A Bridge Too Far. Band of Brothers personalizes those stories and fills in many of the details left out by feature films. Speaking of feature films, the HBO series Band of Brothers is on the library shelves, and it is really well made. I actually watched the series last fall and decided afterwards that I wanted to read the book.

After two successful Teen novels, “Landline” (Rowell’s second adult novel) looks at relationships–how they evolve, what one partner may give up in the name of love and keeping the peace, and how a soulmate/friend who’s not your spouse can fit into the mix–or not. Georgie and Neal have been together since college, and his needs have taken a backseat to her career as a sitcom writer with best friend Seth. But when Georgie chooses work over family at Christmas time, Neal leaves and takes their two daughters to spend the holiday with his family in Omaha. Georgie is afraid her choice may be the final straw in a relationship that has been all give for Neal, and all take for Georgie. When her cell phone dies, she discovers an old landline at her mother’s home and uses that to call Neal. But as her voice travels across the miles, it also travels back in time–to a Christmas when they were just dating, and Neal was trying to reconcile the fact that we was in love with Georgie with the idea that her life and dreams would control their future. As Georgie talks to Neal-in-the-past over several days, she questions whether the life they’ve lived has been fair to Neal, and if he might have been better off without her. Rowell’s characters are believable and likeable, and while I was rooting for Georgie and Neal to stay together, I appreciated the friendship between Georgie and Seth, and the witty banter between them as they worked together on their next big project.

What are you reading now? Tell us in the comments!

Overdrive Media Console gets a makeover!

Do you enjoy checking out the e-books and audiobooks we offer through the Washington Anytime Library?  If you use an iOS or Android device to read or listen to these books, you’re probably using an app called the Overdrive Media Console, and may be interested to know that there is a new and improved version of the app waiting for you in your app store!

If you have Android 4.0 (ice cream sandwich) or 4.1 (jelly bean), or iOS 6 or 7, you can take the new app for a spin.  The new console has a redesigned look and feel, and it looks like it’s a little easier to navigate.  For audiobook lovers, the new app allows you to choose how fast the narrator reads.  Even if you haven’t had a chance to check out digital books yet, now might be a good time to give it a try: the new app seems a bit easier to set up than the old one was.

If you don’t want to upgrade, though, or if your device doesn’t support the new console, the old version is still available.  And of course, feel free to bring any questions about either app to the library.

May is Zombie Awareness Month, and so every Thursday this month, we will be showing you ways to use the library to learn more about zombies.

This week, we will be highlighting our fabulous zombie ebooks and audiobooks, which you can check out and enjoy from your computer, e-reader, phone, or other device.  If you want to read a book, but the library’s copy is checked out — or if you just want to try out reading a book on a new device — you can find the following zombie titles (and more) online through your library.

From the Washington Anytime Library (ebooks and audiobooks):

Of course, both the Washington Anytime Library and One Click Digital have plenty to offer for all of you who aren’t interested in zombies as well.  Just check out the links below and search for your favorite books.

And if you have a new device that you’re trying to figure out, or thinking about getting one–come to our Groundbreaking Technology event here at the library tomorrow. Drop in anytime between 10:00 a.m. and 11:30 a.m. and we’ll try and answer your questions.

We also have several tablets and eReaders that you can check out for a week–so you can try it before you buy it.

There’s lots to love @ your library.

We interrupt your regularly scheduled “Holidays Across Cultures” post for breaking news:

We’ve added the Pimsleur Language Programs to our online resources, and they cover 199 different languages.  Want to learn Albanian?  Croation? Greek?  Hatian?  We’ve got you covered.

You can download the audiobooks from OneClickdigital to your hand-held players, and mobile apps are available for iPhone, Android, and Kindle Fire. The company says, “At the completion of these eight lessons you will comfortably understand and speak Hungarian at a beginner level. You learned English by listening. With Pimsleur, you listen to learn another language. The Pimsleur Language Program is an integrated system which immerses you in the language, encouraging you to hear, understand and use the language all at the same time.”

To explore, go to OneClickdigital and search for “Pimsleur.”

We have other language-learning resources, too; see the Language Learning page on our website for all your options. 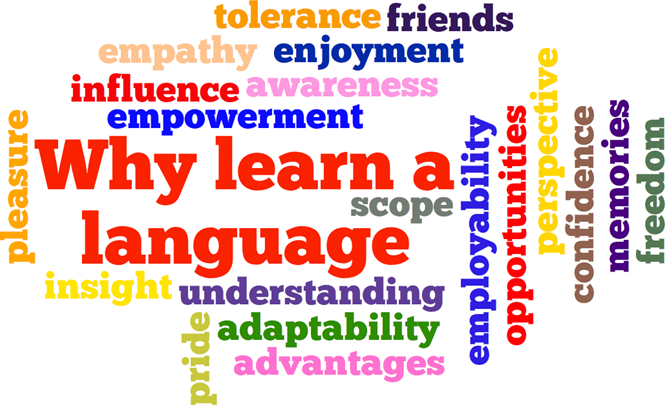 Online Summer Resources for the Kids

We’ve been reminding you about downloadable audiobooks for your summer road trips, but we don’t want to neglect your kids.

We’ve got two excellent resources you shouldn’t miss:  Tumble Books, and Tumblereadables.  Both of them stream from the Internet, so a connection is necessary.   Click on the logo below to check it out!

TumbleBooks can keep the kids entertained educationally for hours.  It features read-aloud stories, ebooks, and audiobooks to use online.  It has language learning activities, books in French, Spanish, Italian, Chinese, and Russian, plus word, memory, and spelling games and puzzles.

Tumblereadables features chapter books, early readers, graphic novels, YA/teen novels, and ‘relunctant reader’ books for both middle school and high school students, plus classics of American and English literature.  Some titles are also en Espanol.  No download is necessary and you can just bookmark your place if you can’t finish in one sitting. It works on Android tablets and most mobile devices.

Here’s to a fun, peaceful, educational summer for your kids!